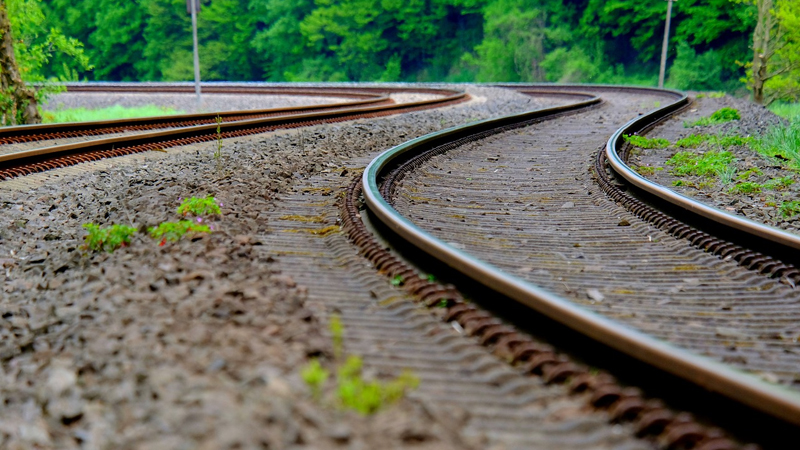 Otumfuo Osei Tutu II added that no compensation will be paid to anyone whose property would be affected by the demolition exercise.
Although the Asantehene pledged his full support for the construction of the new standard gauge railway line, he blamed the railway workers for failing to protect key railway lands from squatters, traders and private developers.

He condemned the act and called on the Minister for Railway Development, John-Peter Amewu to partner the Kumasi Metropolitan Assembly to carry out the demolition exercise. He advised the sector Minister to put aside partisan politics and act accordingly to achieve the President’s vision to build a modern railway network.

Otumfuo made the comments when the Minister for Railway Development Mr. Amewu paid a courtesy call on him at the Manhyia Palace in Kumasi on Wednesday 5th May 2021 to inform him of the intended demolition exercise to be carried out to enable the Contractor, Messrs David Walter who has already mobilised on site to commence the construction works.
Recounting on the once vibrant railway system, His Royal Majesty said the railway system under the then Gold Coast was used for the transportation of gold, bauxite, manganese among others which created job opportunities, improved the living conditions of the people and also enhanced economic growth.

However, the several years of neglect has killed the rail transport system in Ghana. He was hopeful that Government’s commitment to revamp the rail sector will ease the pressure on the roads and will also change the economic fortunes of the country.

Otumfuo therefore urged the Railway Minister to take the necessary actions so that work can commence in ernest.
On his part, the Railway Minister expressed concern over the numerous encroachments on the right of way. The sector Minister reiterated that President Akufo-Addo is committed to building a modern railway network and this he is committed to. He expressed his kind gratitude to His Majesty for his support towards the rail project.

The Minister was accompanied by the Chief Director, the Ag. CEO of the Ghana Railway Development Authority and some officials of the Ministry, the contractor Messrs David Walter as well the project designers TEAM Engineering.
President Akufo-Addo on Wednesday 30th September 2020 cut the sod for works to commence on the 83.5-kilometer standard gauge railway line from Kumasi (Adum) through Kaase, Eduadin to Obuasi. The line forms part of the new Western Railway line being constructed on standard gauge.