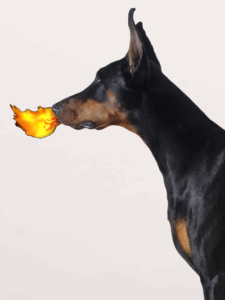 The Aduana (Atwea, Abrade, Amoakare ne Ada) Abusua is one of the largest abusua or clans of the Akans. The Aduana people are believed to have been led out of the ground by a dog which had fire in his mouth. Hence they are referred to as Ogyaasefuo.  This has also become one of the accolades of the Dormaahene who is also from the Aduana family.

​It is also believed that the first Aduana had a dog that once was out to search for food and on seeing fire the dog thought there was something to eat for him and in doing so got his mouth seriously burnt. When the owner saw it coming with the fire he then said , “m’atwea woabre me adie” meaning my dog you have brought me something worthy. This gave birth to the name of the Aduana people “Aduana Atwea Aberade”.  Another accolade is “Aduana Nyankonpa Sakyire”!!!

Some hundred years ago people from different tribes could even claim a stool from another tribe if they were from the same Clan.  That means an Aduana from Akwamu could go to Kumawu and could be given the stool if it becomes vacant.

The totem or symbol of Aduana is the dog and fire. It is believed that their Patriach was Nana Bomaa Kusi of Wam. Although Akwamu was there before Wam this has become the general belief and this has been accepted. Their symbolic qualities are honesty and industriousness. If someone from the Aduana Clan greets you the response is, “Yaa Aberade or “Yaa Ogyaba”.

The Aduana is beside Asona the largest family among Akans.

Here are some of the major Stools occupied by the Aduana Clan: