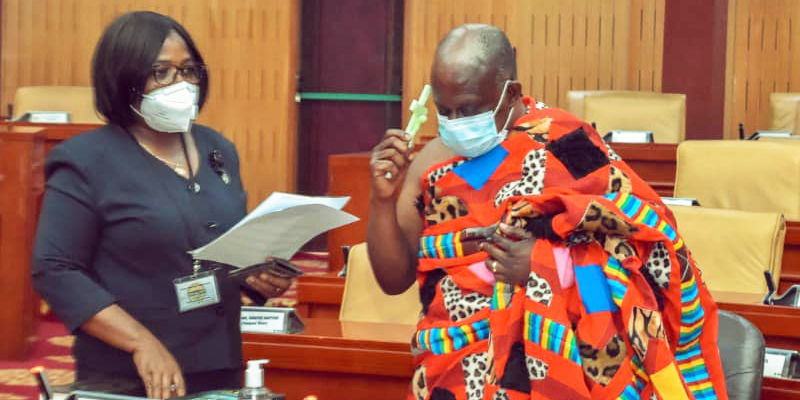 Mr Osei-Mensah said that when he appeared before Parliament’s Appointments Committee.

“To realise the dream of industrialisation in the Ashanti Region in my next term if you confirm me, my concentration will be on three major projects; the completion of the international airport so that people can fly from outside Ghana straight to Kumasi”.

“When we obtain this, I’m telling you definitely that the industrialisation agenda will be successful,” he stated.

Land secured
The minister designate also pointed out that the government through the Ministry of Trade and Industry had acquired 3000 acres of land in the region for industrialisation purposes.

He was confident that work would soon commence on the land to create more jobs for the teeming youth in the region.

Lake Bosomtwe
Mr Osei-Mensah also disclosed his plans to deepen tourism in the region. He said he would prioritise the tourism industry as an avenue for development in the Ashanti Region.

Already, he said plans were in place to revamp Lake Bosomtwi, which is famous for being a natural lake.

He said two investors had already shown interest in the revamping of the lake.“I have asked them to submit detailed proposals, so we look at it. We want to see if it is possible to develop Lake Bosomtwe into an integrated international eco-tourism centre where people can go and visit. “That is the only natural lake in West Africa and if we are able to develop it, it will help us a lot,” he stated.

Patent Kente
The minister designate also noted that he was pushing to obtain a patent for Kente to make it exclusive to Ghana. He said he had previously discussed obtaining a patent for Kente, which is made from handwoven cloth strips of silk and cotton, with the Ministry for Trades and Industry.

“Some other countries are coming out with some designs that appear to be Kente and until we get the patent right for Kente, it will be difficult. If we are able to obtain patent rights for the weaving of Kente, it will help us improve the culture of this country and boost tourism,” he said.

Ashanti culture
Mr Osei-Mensah also noted that the strength of the Ashanti culture was due to the respect and reverence they had for the Asantehene, Otumfuo Osei Tutu II.

“Ashanti Region is slightly different from all the other regions, in that, with all the other regions, every paramount chief has his powers, has his territory, and controls that portion.“When you come to Ashanti, we all pay reverence to Otumfuo, the King. So when Otumfuo sits, everybody will be wherever he sits and it has been a tested tradition that has been there for years.

“More than 300 years, so it is even older than modern Ghana.“And they see themselves as one because they use one common language. Apart from the Ashanti Region, all other regions you have different languages and you have different paramountcy wearing different powers. That is why in Ashanti, we are able to do that because we all respect Otumfuo,” he said.