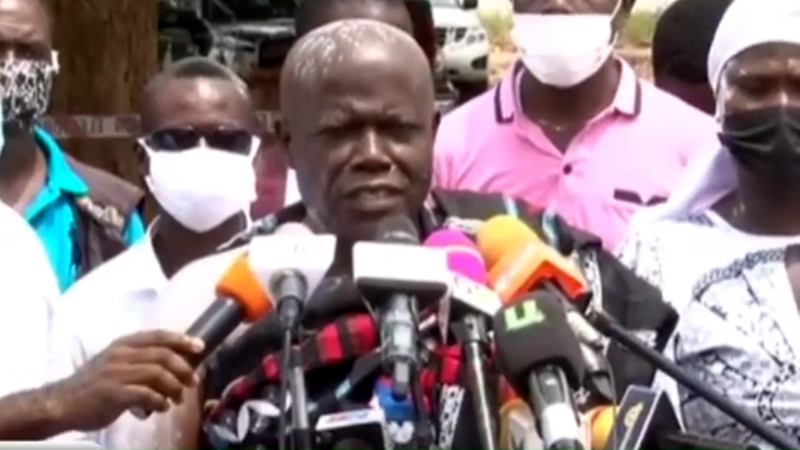 Nana Owusu Achiaw Brempong, a 67-year-old traditional ruler has retained his seat as the Ashanti regional representative on the Council of State after winning the regional contest on Friday.
He polled 77 votes out of 86 ballots as journalist, Justice Baffour Awuah, 36, and James Adusei-Sarkodie, 74, a teacher, withdrew at the last minute.

But prior to the commencement of the process, there was confusion and jostling between Electoral Commission (EC) officials and representatives of candidates in the Ashanti-regional Council of State election over the use of smartphones to take pictures of ballots.

The eight candidates and their representatives had insisted on using smartphone cameras to capture images of thumb printed ballots as had been allegedly agreed between the candidates and members of the 86-member electoral college.

The candidates feared that they could be deceived by delegates who had assured them of their votes.

This led to a fierce confrontation between the various contesting groups and the EC officials drawing the attention of the security officers at the venue of the election.

In the process, there was a total disregard for the COVID-19 safety protocols despite the provision of Veronica Buckets and the insistence on the use of nose masks.

But the EC, led by the returning officer Benjamin Bano Bio stood its grounds and insisted that the use of smartphones was against the country’s electoral laws.