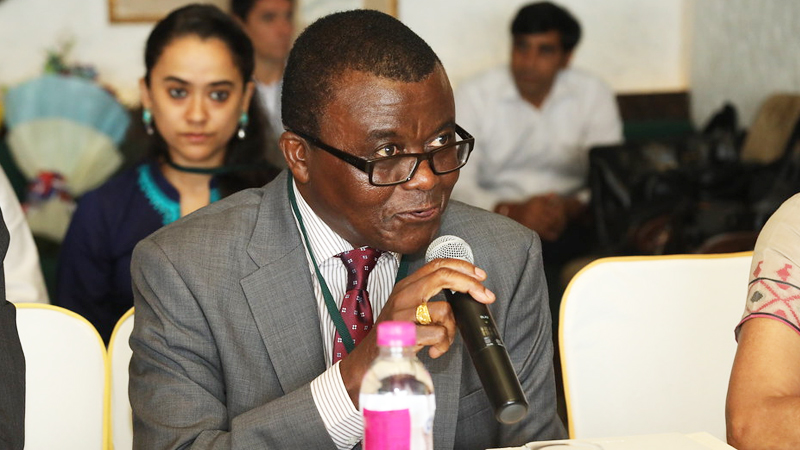 A former United Nations (UN) Adviser on Governance, Professor Baffour Agyeman- Duah, has waded into the partisan exchanges among key politicians in the fight against COVID-19 in the country.

“It is the responsibility of the president to keep the nation focused and the government should be cautious reacting to political comments in the wake of the pandemic since its primary job is to ensure that the citizenry are protected,” he cautioned.

Prof. Agyeman-Duah explained that the president has to play the bigger person in politics because he is the official leader of the country and the government has a primary role to play in building consensus.

“I wish the vice president had not replied the way he did since the onus of bringing the citizenry together lies on the president, however, it will be difficult for politicians to stop politicking as elections get closer.

“At the moment, it’s important the nation focuses on defeating COVID-19 which is destroying the world and so far as the elections are approaching in December, it is going to be difficult for politicians to stay put,” Prof. Agyeman-Duah lamented.

However, Ato Forson, former deputy Minister of Finance, had admonished Dr Muhammadu Bawumia, the Vice President not to compare the current COVID-19 pandemic to the electricity crisis because it is inhumane to do that.

In a Facebook post, Mr Forson stated that comparing a pandemic to an energy situation that occurred because the government failed to invest in power generation over an eight-year period reflected confusion that has characterised his recent pronouncements.

His comments come after the Vice President in a jab encouraged former President John Mahama to compare data before speaking, which according to him, the New Patriotic Party (NPP) had handled the COVID-19 pandemic better than the National Democratic Congress (NDC) would have handled it.

“This time in the lives of our country is really not a time for politics, we are facing a global pandemic and the focus of the president is leading to make sure the right things are done to protect the lives of the citizenry. That notwithstanding, we have seen the former President Mahama has been making some statements and it has been proven many of those statements are untruths,” Dr Bawumia pointed out. -starrfmonline.com