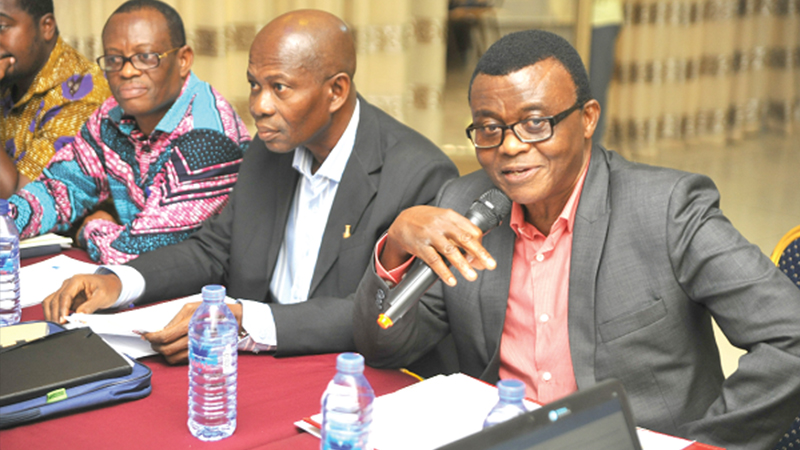 The Chief Executive Officer (CEO) of the John Agyekum Kufuor (JAK) Foundation, Professor Baffour Agyeman-Duah, has urged the government not to succumb to pressure from people who are asking for the ban on small-scale mining to be lifted.

He said the ban ought to be maintained while robust measures were put in place to restore land and water resources that had been destroyed by the activities of illegal miners, ‘galamseyers’, menace and also provide alternative livelihood to affected communities.

“The war to clamp down on illegal mining is the most courageous policy by this government that needs to be supported by all people who mean well for the country.

“Many powerful people in the society, including chiefs, political figures, security personnel are in one way or the other involved in galamsey but the government should not buckle in its efforts because we need to restore our water bodies and lands that have been destroyed,” Prof. Agyeman-Duah said.

Prof. Agyeman-Duah was speaking to the Daily Graphic at a stakeholders’ workshop to discuss a framework on guidelines for increased advocacy for biodiversity offsetting in Accra.

It was organised by Advocacy for Biodiversity Offsetting in Ghana (ABOG), a private entity, in collaboration with JAK Foundation and the Environmental Protection Agency (EPA).

The biodiversity offsetting guidelines, which are in the final stages of completion, will serve as a blueprint for estate developers, mining companies and other users of land to make sustainable use of natural resources by replacing cut-down trees, preserving the environment and protecting biodiversity in their operations.

Prof. Agyeman-Duah further observed that even as the government rolled out measures to sanitise the mining sector, big mining companies must be made to adhere strictly to regulatory regimes that would help to preserve the environment.

“These companies must be made to appropriately recover any piece of land that they dig and every tree they fell so that we can protect our natural resources and biodiversity from further destruction,” he said.

He described the guidelines that were being developed as timely since they would provide the blueprint for enforcing standards in the use of natural resources.

For his part, the Chairman of ABOG, Dr Yaw Osei-Owusu, said the government ought to go beyond the moratorium on small-scale mining to look at the challenges in the mining sector.

“Just banning small-scale mining alone will not solve the problem so there is the need to take a holistic look at the issues, especially the enforcement of laws and regulatory regimes,” the chairman said.

He also called on the government to take steps to register all galamsey operators and train them in responsible mining so that their activities could be monitored.

Touching on the guidelines for biodiversity offsetting, he said it was about time businesses, especially investors in the real estate and mining industries, were made to account for the land and water resources they destroyed.